At this sad and difficult time, we must as a society do all we can to protect our vulnerable citizens, that is why I am deeply concerned about the alarming evidence given at the DWP Select Committee on Wednesday that sick and disabled PIP claimants are facing indefinite delays and barriers to access vital lifeline welfare support.

At the Committee, I heard evidence of new and existing PIP claimants who are being forced to wait for their decision on their claims after their face to face assessments were cancelled and no new re-assessment or remote assessment is being offered as promised by the UK Government.

Giving evidence to the committee Dan Norris, Head of Advice and Right with Child Poverty Action Group, spoke of examples of claimants who have had the face to face assessments cancelled and their claims halted; and even seeing entitlement to claim ended without an extension being added to the claim.

Just as worrying was his evidence that PIP claimants who had previously had to battle to receive their entitlement, having their PIP award eventually determined by a tribunal – so sometime in the past the claimant has challenged the DWP decision and been given an award. These claimants he said are being told that the DWP are not able, or feel they are not able to extend the awards when a renewal is due as they do not have the legal authority to overwrite or extend an award made by a first-tier tribunal

These people have already had months, if not years, of difficulties in establishing their award, often their battle leading to mental fatigue and stress for the sick or disabled claimant. However, because they had these difficulties and had to go to appeal they are now facing the potential loss of vital lifeline support at this, particularly difficult and stressful period. This is not acceptable, and I intend to challenge the Government on these issues in the coming days. 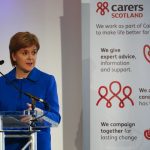 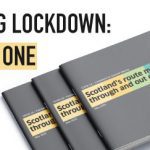 Phase one: what are the changes?Latest News