On Wednesday at the Work and Pensions Select Committee I heard alarming evidence that the DWP are telephoning sick and disabled PIP claimants awaiting an appeal decision, many of whom have waited months with the prolonged impact that is having on their mental health, and putting pressure on them to accept a “Deal or, No Deal” style, decide now offer to settle over the phone.

Under this process DWP assessors are trying to batter claimants down instead of trying to get to the best and most attract decision for claimants.

Evidence spoke of pressure being applied in terms of time and also people being told that their prospects of winning in the tribunal is quite limited, so this is really a generous offer in the circumstances, despite the vast majority of claimants receiving much more at a tribunal – including one claimant mentioned in evidence that received £3000 more than their offer.

Just as alarmingly many of these people who are being phoned are extremely vulnerable and agencies are acting as their advocates, and entirely inappropriately these advocates are being cut of the process and claimants are being contacted directly, forcing people potentially not in a position to make that judgment to decide.

I am also very alarmed by Eleanor Southwood, Chair of RNIB, testimony which stated this worrying practice is becoming more common and more prevalent, with 8% of the claimants they have supported in the last six months receiving these types of calls.

I intend to do all I can in the coming weeks to challenge the Government about this unacceptable practice. 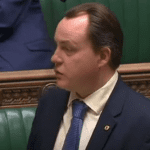 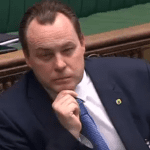 Financial Support for Self EmployedLatest News