As the SNP Spokesperson for Fair Work and Employment, this was my contribution in response to the Chancellor and Shadow Chancellor in Monday’s debate on the Economy and Jobs.

In my speech I called out the UK Government’s lack of action on tax avoidance; their dangerous regulation to try limit trade union bargaining power and the human right of workers to withdraw labour; I spoke about the GIG economy and the scandal of zero-hour contracts and I called for urgent action to fix the inhumane social security sanctions regime.

Full text of my speech:

“I congratulate the hon. Member for Stoke-on-Trent Central (Jo Gideon) on her maiden speech, in which her passion for Stoke-on-Trent was noted. Indeed, I look forward to debating with her how we will get the high streets and main streets of the UK thriving again. I gently suggest to her that gentle encouragement of the Government does not always work, and perhaps sometimes a good kick is required, as I have tried to do in my time here.

I congratulate all those who have made maiden speeches so far, but it was a particular pleasure to listen to my hon. Friend—my good friend—the Member for Gordon (Richard Thomson), who reminded us that this is a Government who cannot run a bong in a brewery. I think that is something that we will find as we test the Government over the next few years.

I want to thank the good people of Glasgow South West for sending me back here with an increased majority and an increased mandate. That just goes to show that positive campaigns can win.

This debate has been marked somewhat with a sense of déjà vu, with Government Back-Bench MPs calling Opposition Members Marxists—I had not heard that for at least six weeks. They were being treated terribly. The groans from Government Back Benchers when the 1950s-born women were mentioned were pretty disgraceful. The Government really do need to address that injustice.

We were treated to a speech by the Chancellor that I can only suggest was a masterclass in Tory buzzword bingo in which all the buzz-phrases were used, rolled ​into sentences and paragraphs. I was tempted on three occasions to shout, “House!”, as we heard his address. The Queen’s Speech is marked more than anything else by what is not in it rather than its contents. It was very interesting that the Chancellor did not mention how the Government intend to tackle tax avoidance. Let us remind ourselves, as I said in my intervention on the shadow Chancellor, of the current figures for HMRC’s wealthy unit, whose responsibility is to chase tax avoidance by the richest in our society. Eighteen months ago, there were 1,046 full-time equivalent posts in that unit; today, there are 961. Why have 80 full-time-equivalent posts disappeared when we have a widening tax gap? Is it perhaps a recruitment crisis? If so, then perhaps we need to look at public sector pay, and the job needs to attract more people to go to that unit. Is it the terms and conditions? If so, we should be negotiating them with the trade unions. Or are we seeing the unravelling of the HMRC Building our Future programme? All the assurances we were given that jobs would be protected in HMRC are not being delivered as its staff are being asked, on some occasions, to travel more than 100 miles to go to their new workplace.

The Chancellor talked about deregulation, but there is one sector in which regulation is pursued quite rigorously, and that is, of course, the trade union movement. It is rather dangerous of the Government to pursue an attack on the right to withdraw one’s labour. The right to withdraw one’s labour is a human right. Trying to interfere with the right to strike is dangerous. It is perhaps no coincidence that the Government are targeting the transport unions. Why is that the case? Perhaps it is because they are well organised and the Government are trying to reduce their collective bargaining power.

The Government have proposed an employment Bill. I will be reintroducing my Workers (Definition and Rights) Bill. We need to tackle the scandal of zero-hours contracts in this country. As the hon. Members for Leeds West (Rachel Reeves) and for Birmingham, Erdington (Jack Dromey) said, we need to tackle shift changes at the last moment. We need to simplify the status of a worker. It is unacceptable for someone to turn up at their workplace thinking they have an eight-hour shift, only to be told, “No, you now only have a four-hour shift”, or, “No, we no longer need you today.” Those individuals will have paid childcare costs and transport costs to get to work, only to then be told of those changes. Likewise, people turn up to their work having been told they would have a five-hour shift, then to be told it was a 10-hour shift.

To those who think that zero-hours contracts are voluntary, I suggest that we need to tackle the universal credit sanctions regime, which allows for someone who has given up or refused a zero-hours contract job to be sanctioned. Where is the social security Bill to fix our broken social security system? It is unacceptable that people have to wait five weeks to get their initial benefit. The Work and Pensions Committee, of which I was a member, recommended that we should abolish the two-child limit on tax credits. These are the very real challenges facing people on a daily basis as they try to navigate their way through the social security system. New Members will find that their caseworkers and their constituency offices are flooded with cases in relation to universal credit problems and people trying to get state benefit that they are entitled to.​ 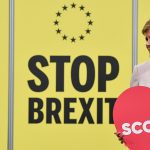 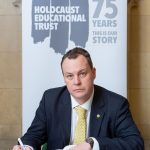