It was immense privilege for me to lodge a Parliamentary Early Day Motion celebrating the life of the former Ranger’s Captain Fernando Ricksen after his sad death from Motor Neurons Disease.

I lodged the motion as a well-deserved tribute to the Ranger’s legend who had lost his brave six year battle with the illness earlier this year.

The EDM was recognition of some of the wonderful success the Dutchman had as a player at Ibrox and with other clubs such as Fortune Sittar, Az Alkmaar and his European success with Russian giants Zenit St Petersburg.

My Parliamentary motion also hails the inspiring way in which the former Netherlands international had battled his disease, raising so much awareness about he horrendous condition while raising money for his Fernando Ricksen Foundation which helps support those suffering with MND.

It also offers my sincere sympathy on behalf of myself and the entire House of Commons to Fernando’s family including his wife Veronika and his daughter Isabella.

The Early Day Motion in full:

“That this House notes with the deepest sadness the passing of Fernando Ricksen, the former captain of Rangers Football Club and Netherlands international who died on 18 September 2019 at the age of 43 after a heroic and brave battle with the life shortening nerve and brain illness Motor Neurone Disease; recognises his huge contribution to football, winning titles in the Netherlands with Fortune Sittard and AZ Alkmaar, seven trophies including two league titles in Scotland with Rangers FC before going on to win UEFA Cup and UEFA Super Cup with Zenit St Petersburg in 2008; pays tribute to the brave and inspiring way he fought against his illness both raising awareness and funds for the Fernando Ricksen Foundation which aims to help others suffering from the incurable disease; and extends sincere sympathy to his wife Veronika, his daughter Isabella and all his family, friends and in the football family who are mourning his loss.” 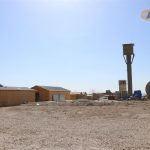 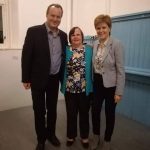